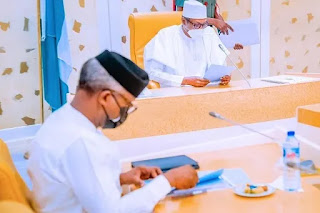 According to The Cable this morning, the meeting, going on at the Conference room of the  First Lady, has in attendance, the Vice-President Yemi Osinbajo. Source here Others at the meeting includes: Awwal Zubairu, Lucky Irabor, chief of defence staff; Ibrahim Attahiru, chief of army staff, chief of naval staff; Ishiaka Amoo, chief of sir staff, and Usman Alkali, acting inspector-general of police (IGP). Also in attendance at the meeting are Boss Mustapha, secretary to the government of the federation (SGF); Ibrahim Gambari, chief of staff to the president; Bashir Magashi, minister of defence; Babagana Monguno, national security adviser.  Also Read:  Using the fire extinguisher | A tutorial by a fire fighter Although, the reason for the meeting is not immediately clear, it may not be unconnected to the worsening insecurity in the country. There have been several calls asking Buhari to seek external help in curbing the crisis. Pictures from The Cable below
Post a Comment
Read more

Using the fire extinguisher | A tutorial by a fire fighter 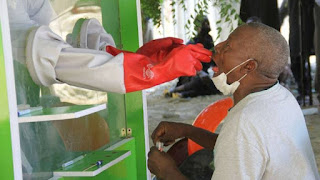 Source: Visit here COVID-19 cases decreases in Nigeria on Sunday as the country reported its lowest daily infection in five months. The new cases recorded on Sunday 14th of February which was 120 are lower than this year’s lowest daily tally of 195 new cases recorded in the past 14 days. The figure is the lowest since October 22, 2020, when there were just 37 new infections in the country. The figures recorded on Sunday is also lower than the 205 reported a day earlier which elevated the total number of infections in the country to 160,657. This is according to an update published by the Nigeria Centre for Disease Control (NCDC) Sunday night. Based on the data, no fatality was recorded on Sunday for the first time this year. The total death tally in the country remains 2,013 where four people died from the disease on Saturday. To Specify, the following are the records: The 120 new cases were reported from 14 states – Kano (7), Rivers (25), Ogun (1), Kaduna (20), Lagos (32), FCT (1), Ba
1 comment
Location: Lagos, Nigeria
Read more

Top 4 Things Entrepreneurs Must Know Before Entering A New Market 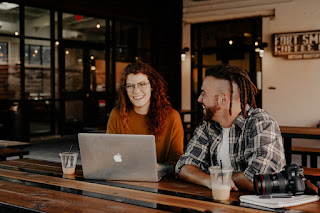 Photo by Brooke Cagle on Unsplash Going into a new market is energizing, yet it can likewise be terrifying. Regardless of whether you are beginning another business or extending, you should sort out how you will acquire an upper hand in a new environment. There are dangers involved in this strong move, and you can’t stand to mess with them. However, with the correct system, you can limit the danger. The key is a focused methodology, and these means will tell you the best way to go about it. Draft a Detailed Plan Have an activity  p lan that plainly describes your objectives and execution system. These ought to incorporate all showcasing plans, missions, and timetables to put everything into action. Set clear achievements with key partners and convey assumptions to the important faculty. Characterize all cycles, for example, deals cycle, so everybody realizes how to seek after and close leads. 2. Sort Out Marketing Marketing is key in any business, yet when entering another market, y
1 comment
Location: Lagos, Nigeria
Read more 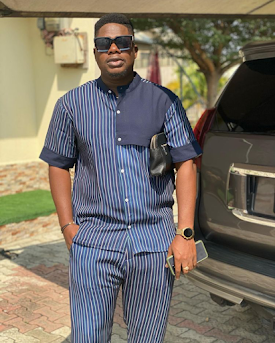 Source: Check here   Popular comedian Mr Macaroni is being arrested by the police at Lekki tollgate. He joined in the peaceful protest against plan of reopening of Lekki tollgate based on the alleged killing of innocent protesters on the 20th of October 2020. See the life Instagram video here. The video of his arrest.
Post a Comment
Read more 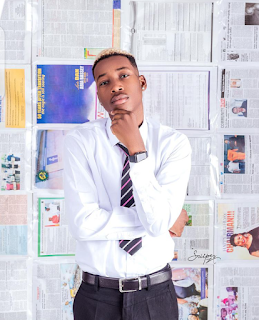 Nigerian rapper Sanni Goriola a.k.a Lil frosh has been remanded in Ikoyi prison over the domestic violence allegation levelled against him by his girlfriend. Source: click here Soooooooooo guys Let's see what Twitter users are saying about this. Are people happy about this or sad? Be the judge today 😄😄😄 Let's goooooo.,..... Check it out on Twitter Also read: Jobberman introduces Soft-Skills to tackle unemployment Also read: Why many people love Anita Akua Akufo Also read: Popular musician @Teniola spotted asking @Davido to feature in her album Also read: Gunmen abduct 400 level medical student along Benin-Auchi road, demand N7m ransom Check it out on Twitter Sooo what's your say on this? We'll like your comments and likes. Please share and subscribe.
Post a Comment
Read more
More posts